The market is efficient. The market knows best. This belief underlies much contemporary theory and practice, especially in the realm of government policy. It is has been used, for instance, to justify privatizing the railways and the post office in the UK, and it forms a central plank in the arguments of those who oppose a government run national health care system in the US. The basic idea is simple enough. People express their preferences through their spending habits; they vote with their wallets. If DVDs replace video tapes, or if Amazon puts Borders Books out of business, that is just efficiency in action, with the market performing the function that natural selection performs in the course of evolution. And just as evolutionary biologists do not criticize environmental conditions (although they may sometimes put on another hat and seek to protect threatened species or habitats), so economists, insofar as they are trying to be scientific, will not criticize consumer preferences. About expressed preferences there is no disputing.

But of course, as engaged, concerned, interested, moralizing, and occasionally sanctimonious human beings, most of us do make value judgements about people's preferences. We do this in one of two ways.

1) We normatively judge the preferences themselves. E.g. we criticize people (including ourselves) for drinking too much, eating unhealthy foods, watching stupid TV shows, spending too much time playing video games, or engaging in conspicuous consumption. And we applaud people for learning new skills, cultivating their talents, supporting a local enterprise, or giving to charity.

2) We evaluate how well people's preferences, as expressed through their actions, will help them realize their ultimate goals. E.g. Teachers tell students that if they want to be professionally successful they should study more and party less. Psychologists tell us all that if we want to make ourselves happier we should spend less on ourselves and more on others.

Often, the first sort of evaluation is really a version of the second, but that needn't concern us here. It's the second kind that interests me.

We all often act on specific short-term preferences in a way that produces long-term consequences that are contrary in some ways to what we really desire. The paradox that by pursuing what we think we want we fail to attain what we really want was first explored by Plato in the Gorgias and the Republic.[1] I believe top-flight soccer offers an interesting and instructive illustration of this paradox.

END_OF_DOCUMENT_TOKEN_TO_BE_REPLACED 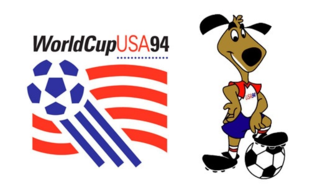 It has been exactly 20 years since the United States hosted a World Cup, and just as long since the debut of Major League Soccer (MLS), the nation's homegrown professional soccer league. Two decades later, American interest in the World Cup continues to grow. Beyond that, however, soccer remains a marginal product in the marketplace of U.S. spectator sports.

There are many obstacles to soccer becoming substantially more prominent in the U.S. marketplace beyond the World Cup. But I believe most of them can be overcome, and the key is better marketing.

Several factors are often cited as major roadblocks to soccer becoming a major spectator sport in the United States. Some of them are indeed daunting, but some are misunderstood and not as obstructionist as commonly perceived. Regardless, they can all be overcome to one degree or another. The key is understanding that soccer, like all spectator sports, is a cultural product. And cultural products demand relevant marketing.

Let me begin by briefly listing the perceived major obstacles to soccer's popularity as a spectator sport.

After briefly assessing each of these obstacles, I will make a case that they can be overcome with better marketing to American consumers.