Do you remember when the Irish playwright and critic George Bernard Shaw suggested significant changes to English spelling so that it would make more sense? Probably not, because it was more than 70 years ago. According to him and, likely, some predecessors, English spelling was so goofy that ghoti could be manipulated to sound like fish. (Gh as in “enough,” o as in “women,” ti as in “action.”) He had an admittedly excellent point about the, um, esoteric spelling rules of English.

Often alphabets reform during times of great social and political upheaval as an issue of nationalism. For instance, many of the languages and alphabets in Europe underwent serious changes to uphold and distinguish themselves from other similar languages in the second half of the 19th century, amidst all sorts of revolutions.

For example, one Serbian hero is Vuk Karadžić, who updated the Serbian Cyrillic alphabet in 1818, which was officially adopted in 1868 in Serbia, Bosnia, and Herzegovina. He removed many letters from the old alphabet and added a few new letters to better match how people actually spoke. If you have ever heard of Saints Cyril and Methodius, you may be familiar with the two brothers creating the alphabet that led to modern Cyrillic in or around 900 (Cyrillic being named for St. Cyril). The alphabet they created was actually Glagolitic, which in its original form has been found in parts of modern Croatia. The alphabet that the brothers created was intended to for transcribing the liturgical language Old Church Slavonic. Its strongest predecessor was ancient Greek, with elements of Old Bulgarian and Old Macedonian.

If you look at this site, you can see what that alphabet looked like. 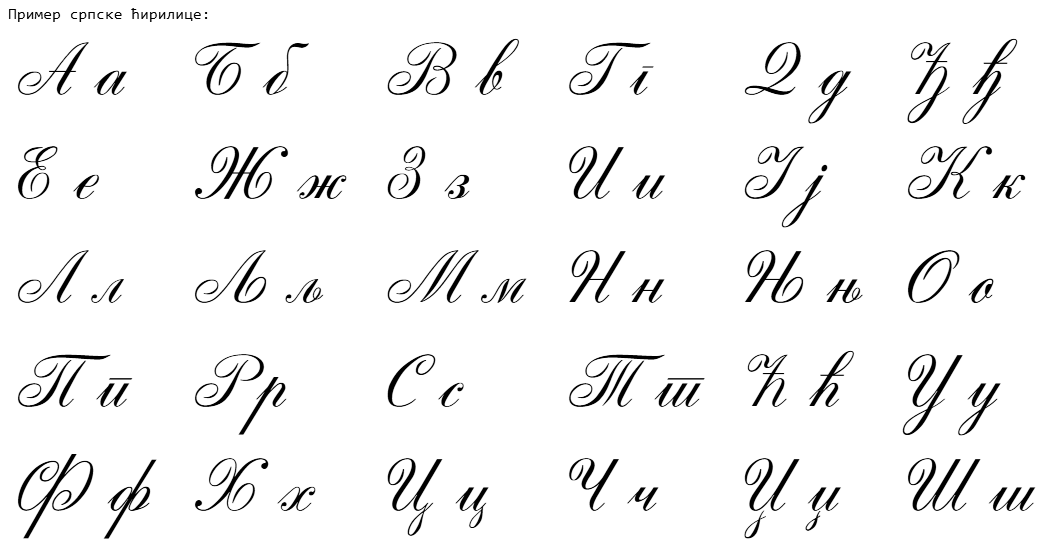 These two alphabets bear very little resemblance to one another. Karadžić cut the old alphabet to 24 characters, adapted the remaining letters to fit Serbian, borrowed three new letters from other alphabets that adhered to sounds in Serbian, and created two new letters. Serbian has the distinction of having two alphabets: Latin and Cyrillic can be used interchangeably because of the exact 1:1 ratio of sounds.

In the 18th century under Peter the Great, some Russian characters from Old Church Slavonic were fitted for their cement shoes for the simple reason that they had become obsolete. This is what the pre-1708 Russian alphabet looked like: Some brave souls made efforts throughout the 19th century to cut additional fat from the alphabet, such as getting rid of the Greek characters that had outlived their utility, such as psi, omega, and theta.

After the Russian Revolution in 1917, the last major spelling reforms occurred, removing the last hangers-on from Old Church Slavonic and codifying rules that would make more direct correlation between letter and phoneme.

This is the 21st-century version of the Russian alphabet:

Vietnamese was written with logographic “Southern” characters, or Chu Nom, adapted from Chinese in the 13th century until it changed officially to the alphabet writing system called Quoc Ngu in the 1920s. (Before this time, the official language of administration was classical Chinese.)Because the population of 25 million at the time was only about 10% literate, the adaptation of the new writing style did not cause as many problems as if it were to happen today in the country of 96 million, almost 100% of whom are literate. The old system was based on Chinese characters, which did not afford much help in learning how to say the words written, as well as being difficult to learn to read unless one could already read Chinese. The switch to the alphabet, which started with Catholic missionaries in the 17th century, was the easiest way to promote literacy. Quoc Ngu has 29 characters in all, with 17 consonants and 12 vowels (which do not include diacritics), as well as 5,000 distinct syllables.

Chu Nom and Quoc Ngu side by side:

In 1928, the Turkish language changed its alphabet from Arabic to the Latin alphabet and removed many Arab and Persian loanwords for the sake of purification. All of this was under the oversight of Mustafa Kemal Atatürk, the father of modern Turkey. The Arabic script had been used for more than 1,000 years, but did not suit Turkish particularly well with the Turkish language’s relative paucity of consonants and abundance of vowels, leading in extreme cases to clumping four Arabic characters to express one Turkish phoneme.

Atatürk championed the switch from Arabic to Latin to peel away from the indivisibility of church and state prevalent at that time into a more modern and secular country, which was his vision for Turkey. The new script of 29 letters proved easier to learn for younger students because of its adherence to the sounds of Turkish. By using the Latin script, spelling follows pronunciation consistently.

These are examples of the old Arabic script, which many still used into the 1960s, and below it, the Latin script in use since 1928. 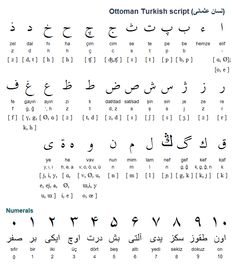 Alphabet reform signals change, and it is not typically related to only matters linguistic. Language is always an indicator of societal change.