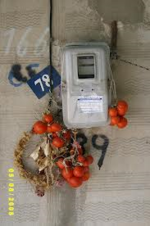 The world of food and wine thrives on a heavy dose of nostalgia. Culinarians (“foodies'” in the vernacular) chase down heritage tomatoes, ferment their own vinegar, and learn to butcher hogs in the name of “how things used to be” before the industrial food business created TV dinners and Twinkies. As we scour the Internet for authentic recipes, we imagine simpler times of family farms supporting family feasts consisting of real food, prepared in homey, immaculate kitchens with fruit pies on the windowsill, and the kids shelling beans at the table. Similarly, the wine industry continues to thrive on the romantic myth of the noble winemaker diligently tilling a small vineyard year after year to hand-produce glorious wines that taste of the local soil and climate.

Of course, in reality the winemaking of days past was not so romantic. Bad weather would have ruined some vintages and difficulties in controlling fermentation temperatures and unsanitary conditions in the winery rendered many wines barely drinkable. As to the way we ate in the not-to-distant past, for most people, food was scarce, expensive, of poor quality and often unsafe. Kitchens, if they existed, were poorly equipped and their operation depended on difficult, relentless work by women. Only the wealthy could eat in the manner approaching the quality of contemporary nostalgic yearnings, but that quality usually depended on the work of underpaid kitchen staff after slavery was abolished.

Nostalgia is a form of selective memory, history without the bad parts, enabling us to enjoy the past without guilt.

Does this dependency on myth render our contemporary fascination with the foods of the past a kind of kitsch—a sentimental, clichéd, easily marketed longing that offers “emotional gratification without intellectual effort” in Walter Benjamin's formulation, an aesthetic and moral failure? Worse, is this longing for the past a conservative resistance to the modern world. The word “nostalgia” has Greek roots—from nostos and algia meaning “longing to return home”. Are contemporary culinarians and wine enthusiasts longing for a return to the “good” old days?

Longing for the past is the flipside of our obsession with progress. We live in a hyper-connected world of instant communication, but we most often communicate with people with whom we share few memories, where living together is more or less a recent accident of time and place. We are fascinated with novelty, expecting our browsers to feed us new stimulation every 30 seconds, but the new can become old in a matter of minutes, sucked into the dark matter of history by a new Twitter controversy. In this context, nostalgia arises naturally as an antidote to disconnection and discontinuity, a longing for a less fragmented world where we have more in common with others.

In fact, both our fascination with novelty and our fascination with the past are of recent vintage and deeply entwined. People thoroughly rooted in traditional ways of life would have no need for or access to nostalgia. Whatever losses they would mourn would not be for a different time but for losses suffered within their own time, the only time they know. The idea of tradition is itself a modern invention made possible by our anthropological prowess at unearthing the past, which is now accessible only as institutionalized heritage preserved in museums and monuments. The more distant we are from our past, the more obsessed with tradition we become. Nostalgia then is an attempt to patch up the irreversibility of time—to reconstruct a past which is irretrievably gone except as monument and memorial. Of course, this refusal to surrender to the irreversibility of time is itself a modernist impulse.

Thus progress and nostalgia are not antipodes. They need each other. Nostalgia is possible only when progress advances, and progress inevitably creates a heartfelt need for a reconstructed past.

For those uncomfortable with this status quo two competing visions of a future are salient. For some, the modern world is in a state of arrested disenchantment. Our pursuit of reason and science has succeeded in evacuating intrinsic meaning from the world. The world is a system of causal forces with no aim or purpose; meaning is something we must invent. But the form of reason available to us to assist in this project of inventing meaning reduces everything and everyone to an instrument, a consumable product, a system in which anything of value can be replaced by something else in the name of efficiency or profit, leaving individuals at the mercy of social forces out of their control. The solution is a more complete rationality—one informed by a stronger sense of the common good and human solidarity, a rationally defined utopia that has always been the aim of Enlightenment. That human beings seem incapable of such Enlightenment is a secret passing no one's lips.

To others the modern disenchanted world is a fabricated world of superficial eye (and ear) candy designed to activate our unconscious sympathies enough to loosen our wallets but doing nothing for our sense of alienation and disconnection. The solution, they argue, is more organic communities rooted in authentic traditions with stable personal relations based on shared values that allow us to wallow in the warmth and comfort of particularistic allegiances.

In this contrast between a more complete science and an organic community, it is not too hard to see the stylings of modernist cuisine (aka molecular gastronomy) and the locavore/slow food movement as particularly salient examples.

In the recent past these two impulses of modernity could be kept separate through the distinction between high and low culture. The fine arts were cosmopolitan and autonomous mimicking the social role of science in breaking up antiquated traditions and promoting human progress. The folk arts and craftwork, including cooking, were rooted in nostalgia for particularistic communities. With this distinction intact, it was easy to dismiss nostalgia as mere kitsch—easily accessible and comforting but not serious. It was to be hoped that through greater integration of society, as we gradually lose our connection to particularistic traditions, the universal, cosmopolitan impulse would win.

But today, although The Enlightenment project of educating the public via the fine arts still lives in our public rhetoric and on PBS, it looks like a lost cause as symphony orchestras and art programs fall by the wayside. This high culture, in any case, never succeeded in achieving universal appeal with only a small portion of the educated public attracted to it. The trend in the arts throughout the 20th Century was to break down this distinction between high and low culture by elevating the lowbrow with movements such as Dada and the ready-mades in the visual arts and rock and jazz in music. But as an agent of change, this too largely fails; the institutions of society have done a good job of commodifying these opposition movements, thus assimilating them to the dead utilitarian world they sought to escape.

Meanwhile, attempts to re-imagine authentic particularistic traditions seem dangerous. Nostalgia, by necessity, is the work of imagination, since the real, authentic past is irretrievable. The danger of nostalgia is that it tends to confuse the actual home and the imaginary one. In extreme cases it can create a phantom homeland, for the sake of which one is ready to die or kill. Nostalgia that escapes the realm of imagination can breed monsters.

Of course, the need to invent a past can be an attempt to create feelings of solidarity within a disadvantaged group as they strive for recognition, an understandable and sometimes effective strategy. It can also be placed in the service of powerful elites in society by insulating them from outside influence and making the current power structure seem natural in light of “history”. In either case the aforementioned monsters are lurking.

The trick is to get off this dialectic altogether which is easier said than done. Yet, there is a distinction between trying to return to the past in order to rebuild it vs. the appropriation of the past as a kind of aesthetic celebration in looking towards the future. After all, it is reasonable when we are heading in the wrong direction to go back to where the mistake was made and clear new pathways. In the end, those seeking a perfected rational society may have no choice but to look to the past for inspiration. In light of the goal of perfection, the present will always seem a failure and thus the future must appear uncertain. Only the past has the stability and certainty to inspire such an ideal. Perhaps modernists do dream of electric heirloom tomatoes.

Rather than a return to the past, the contemporary fascination with food traditions is a reinterpretation and recontextualization of the past with an eye toward a better tasting future, much as the rock traditions of the 60's reinterpreted the old blues traditions to invent a new form of music. The aim is to imagine an aesthetic ideal that was lost when the food industry conquered all.

The threat to meaning doesn't come from a scientific world view or the lack of a homeland. It comes from the degradation of ordinary life to which a misguided science or loss of a homeland can contribute. We should view the current food revolution—both the concoctions of modernist cuisine and the nostalgia of the heritage/slow food movement—as attempts to re-enchant ordinary life, to make the humble act of preparing food an extraordinary event.

Such nostalgia is no longer kitsch but an imaginative attempt to discover a genuine experience, which is what art is supposed to be.

The fact we seek such an experience with a tomato perhaps shows how far we've fallen.